Staff from The Manchester College took part in a UNISON delegation to join further education staff from across the country in a lobby of Westminster last week to oppose the savage 24% cuts to adult education. Hundreds of activists took part in a rally outside parliament before heading inside the House of Commons to speak to politicians.

“It was my first experience of lobbying MPs for change and it was a fantastic opportunity to show support for something I feel strongly about,” said Clare Dodman, UNISON member at TMC. “The atmosphere was positive and there was a real desire to stop the cuts to adult learning.”

The delegation met supportive MPs including Jeremy Corbyn, Catherine West, Cat Smith, John McDonnell and Angela Rayner who pledged to defend the FE sector and agreed that education was the great equaliser and needed to be affordable and accessible for all.

Eleanor Bullen, UNISON rep at TMC, told the meeting in parliament that people with disabilities would be disproportionately hit by government cuts and highlighted the important work that support staff do in colleges.

“Learner support workers do an amazing job but we are increasingly hampered by a lack of understanding of our students’ needs, the importance of our role, and the lack of funding to do it,” Eleanor said. “We need to work across all communities to highlight the importance of FE and people’s right to education at all times and in all circumstances.”

Reflecting on the day, Nixon Tod, UNISON Convenor at TMC, called on TMC staff to get further involved in the campaign against cuts to adult learning. Nixon said:

“Although it was an inspiring day, this lobby can only be the start of the fight back against the savage cuts to adult learning and further education as a whole. Trade unions will not be successful on our own – so we need to build a broad coalition of support to oppose cuts. That means we need more people at TMC to join UNISON and get involved with the union, but we also need to get students, ex-students, community groups and college leaders involved in the #loveFE campaign too.” 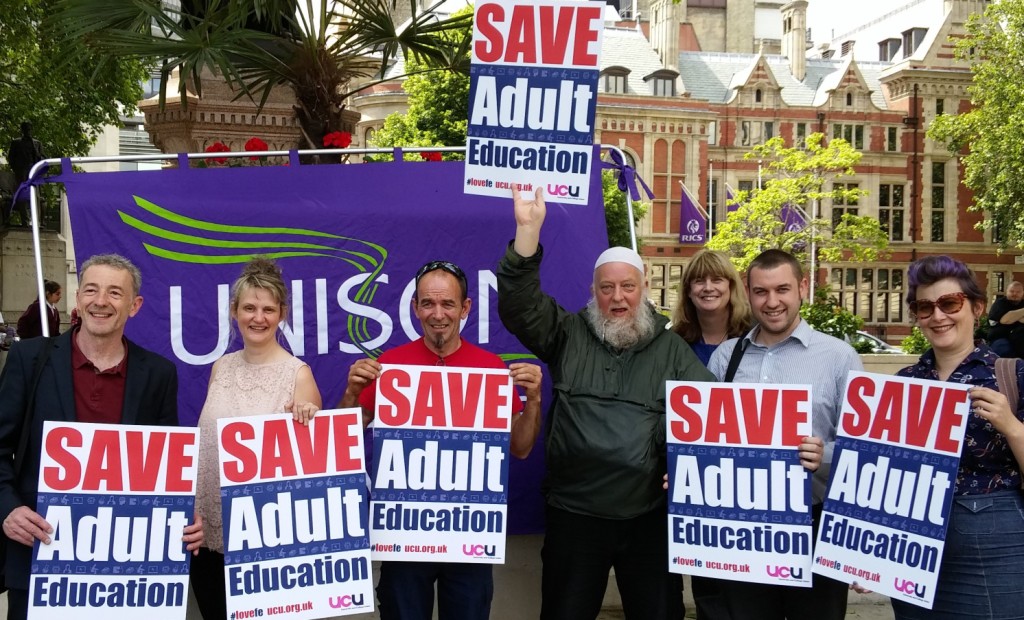